Something is happening in the outdoor community that is spreading like a virus and needs to be stopped – now.

And guess what? There is a large opposition group against hunting who would love nothing more than for all of us to just fight one another until there is nothing left. My thought is they probably enjoy seeing the negative tirades of one hunter against another. They probably use it to their advantage. Why do we give them that?

I’m not the only one who feels this way. Here’s a post I found on Instagram on U.S. Sportsmen’s Alliance’s feed from bowhunter & TV host/producer, Jason Matzinger.

What is it about hunting that can bring out the worst in people?…This is something I’ve been thinking a lot about lately and am getting no resolve. Sadly, it seems that it’s mostly the hunters that I see posting negatively towards one another because of different methods in which they hunt. But what really is driving the negativity here? Jealousy, egos, tradition?…. There’s a big issue that needs resolved quickly…When I ask people why they hunt I never get the same answer twice. Hunting is something different to each and everyone of us. Whether you hunt with a rifle or bow, on public land or private land, traditional archery or the latest in technology. Do what makes you happy and recharges your soul. As long as you stay legal and ethical within the regions you hunt and ALWAYS show respect to the animals you pursue, your on my side as far as I’m concerned. Let’s band together and show people the power in numbers because the fact is, the opposition wants every form of hunting taken away… 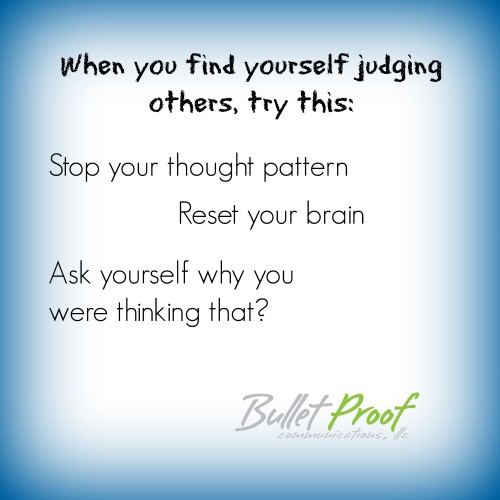 Look, it is human nature for us to feel superior to others for one thing or another. I mean, that is kind of why car ads do so well. I admit when I drive an expensive car, I feel like the shit and may look down upon the person driving the Prius who pulled up next to me (mainly b/c I can’t stand the Pruis – the body style is just all wrong. It is ugly. It is small. It is made by Toyota. It is slow. It is so damn ugly.)

I find myself immediately judging that Pruis driver. They are probably an environmentalist. They are vegan or vegetarian. They obviously don’t give a damn of how they look driving down the road…the list goes on and on.

But I have to catch myself. Because I could be 100% wrong. I never met this person. Why am I pre-judging them based simply on a two-second interaction I’ve had with them while stopped at a light?

Same with the hunting community. If someone chooses to go on a guided hunt in Illinois on land that is carefully managed, so what? Maybe they only have 1 week a year they get to go hunting so they are trying to make the best of it. Isn’t all of our end goals the same? To fill up the freezer?

This is difficult to do – but when you hear yourself thinking these thoughts of another hunter – or Pruis driver – just stop yourself. Reset. Ask yourself why you had that thought.

You could be projecting insecurities of your own onto that person (deep thoughts). Or these thoughts could be just so second nature to you that the simple fact of stopping yourself will open up a whole new world of possibilities.

And then when the light turns green, step on the gas and floor it past the Pruis. I mean, it takes baby steps here people….

Posted in Living Life to the Fullest, Outdoor Industry